Ya girl is featured in Inside Labrador magazine this month!

Hoping Dad gets to see this before anyone asks him about it — surprise! 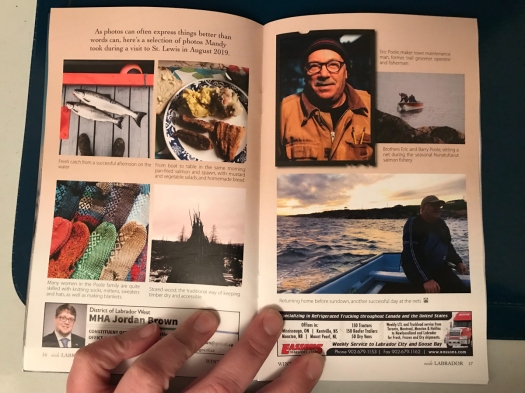 So that’s actually the name of a song I love by Third Eye Blind. Remember them? yeah, good times. So a lot has happened since my last post, which seems like eons ago! Where to begin..

So for years now, pretty much my whole life really, I’ve had strep throat frequently – way more than any normal person should. So at 28 I had a tonsillectomy. Let me tell you, it is NO joyride. I learned not to trust what ANYONE else says about the process besides your surgeon because it is different for every patient. For example;

I was told day 7 was the worst possible day for pain. For me it was day 8. I had my tonsils and adenoids removed. They were massive. And, being not-so-in-shape, unable to swallow pain meds, and overall super stressed out about the process, I ended up being re-admitted to the hospital the day after surgery because I wasn’t taking kindly to the process. I spent a total of 9 days recovering in the hospital, and the 10th day I drove back home. I probably shouldn’t have, but there ya go.

Now I’m back in Goose Bay. I dropped my mom off again in St. Lewis and spent one night there, last night. She was kind enough to spend that time in St. Anthony with me while I was healing.

So now it’s off to work again tomorrow. I’m still feeling really weak, and it’s going to take some time before I have the energy to bike and get back to my normal steady-go lifestyle. I ate a good supper for the first time in nearly two weeks. It’s been a spoonful here and there of cream wheat or popsicles up until tonight (thanks for the smoked salmon, dad!).

Other than that one big thing I guess it’s a lot of tiny things. I’ve come to a few conclusions in my life that I guess came with all that time lying in my hospital bed pondering over how I was leading my life. It really does seem like forever trying to pass a day when you’re just lying there, fyi.

I’ve decided I’m going to give up on the dating scene. I’ve had a lot of bad luck lately, not entirely my or the other persons fault, but I’ve decided it’s best that I just live my life and give up on trying to find that ‘one’ person who’s supposed to make everything right. I’m having way too much fun riding my bike, working my ass off, adventuring in my truck and hanging out with my friends to have that much time to devote to another person. Like it or not, the reality is, having that other person around changes you. It turns out I’m not ready to take that turn again yet.

I also came to the realization that my health is now my number one priority. During my stay in the hospital I lost a total of 15 pounds and man can I notice it. I have a goal in mind of where I want to be, and a rough estimate of when I want to be there. I’m going to work harder than ever before, and I’m excited for the ride. Less salt, less stress, more smiles. So many smiles.

Love to you all. It’s great to be back in blog land. 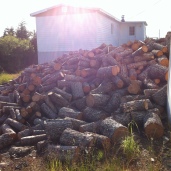 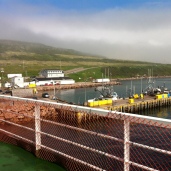 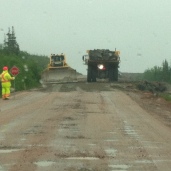 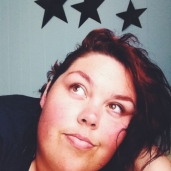 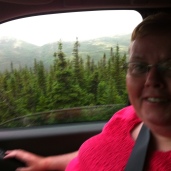 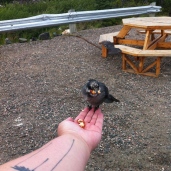 My dad’s name is Eric. He lives in a tiny town on the coast of Labrador with my mom. Dad has always been, and always will be, the most important man in my life. He is strong, and smart, and always has a solution to anything I manage to throw his way.

Sunday evenings are reserved for family chats. My Dad and I can spend over an hour on the phone talking about what we did that week, where we went, who we saw, what we ate. No detail is insignificant.

I feel very fortunate that my dad is healthy and happy. He’ll complain occasionally about money, but in a small one-industry town there’s not many jobs to go around, and just as many bills as the average person in a larger centre. But they always ‘make do’ and do the best possible.

My dad was a fisherman for a big part of his life, up until I was ready for kindergarten. Then he took on another seasonal job, grooming trails, which I’m certain he would still be doing to this day if the association hadn’t folded operations.

I think there is a certain awkwardness that goes with raising a teenage girl – because I remember my dad passing me off to mom when my questions got too complicated. That’s alright dad, it turns out that guy wasn’t right for me anyway.

It’s terrifying for me to think of a world without my parents in it. I may not depend on them for food, money or clothing anymore like when I was growing up…but there’s a new dependency now. A sense of normal. A sense of family. A sense of security.

My dad’s face lights up everytime I come home after being away for a few months. With a busy schedule I try to get home on the occasional long weekend, but it never feels like enough.

There has never been a better time to hug your loved ones. Father’s Day is just a label. Appreciate the caregiver in your life everyday – to be loved, and give love, is the best gift available. 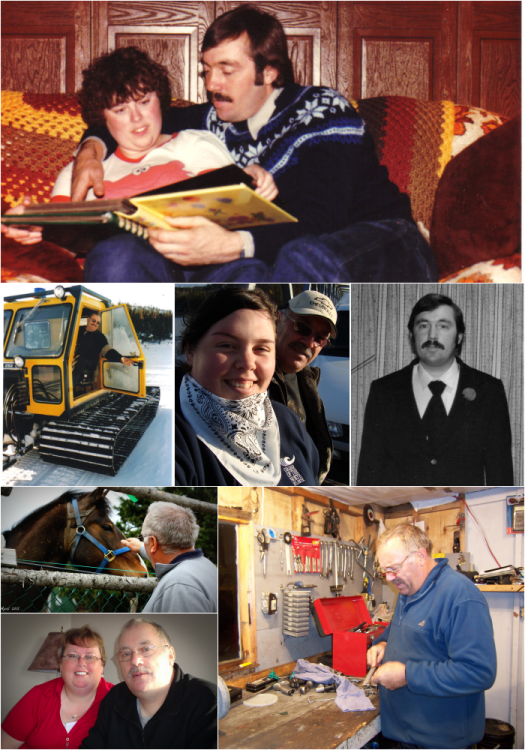